My new exhibition is opening next Tuesday the 20th of March at Source Photographica in Brighton. Opening drinks are from 6:30 – 8:30pm. The exhibition includes a number of my personal favourite works from Iceland, the South Island of New Zealand and Antarctica. The exhibition includes multiple award winning photographs including: ‘Blue Berg‘ which won Gold at the 2011 APPA awards and was World Extreme Environment Photograph of the year People’s Choice 2011, ‘Well of Life‘ which won Silver at APPA 2011, GOLD at the International Loupe Awards and was a finalist in the World Extreme Environment Awards 2011, ‘Highway to Hell‘ which also won Silver at APPA 2011 and was both a semi-finalist in the 2011 Windland Smith Rice awards and travel photograph of the week at National Geographic magazine. All of the photographs were taken within the last three years and all are printed on my two favourite papers Moab Somerset Museum Rag and Moab Entrada Rag Natural. Source Photographica is located at 1A Rose Street in Brighton, Victoria, Australia and is open seven days a week. Entry is free. Please come and say hello if you are able to make it for the opening. 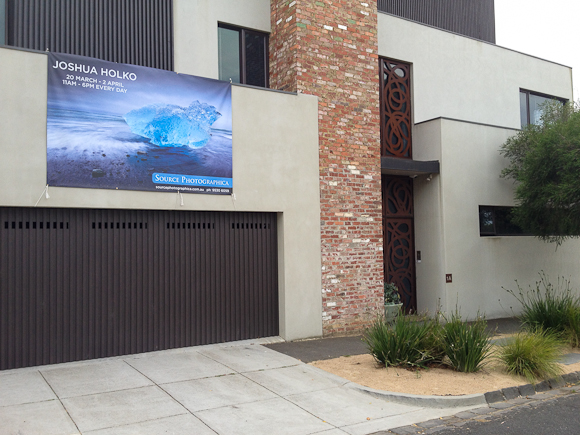 2 thoughts on “EXHIBITION OPENING NEXT WEEK”