A couple of years ago I did a short video where I demonstrated some techniques that utilised the Nik suite of plug-ins for processing photographs with ice and snow. Specifically, how you use the Tonal Contrast filter in Color-EFX Pro to ensure  you had both tone and contrast in your snow and ice (without tone and texture in snow and ice all you have is a flat white scene). Google (who owns Nik) has more or less abandoned the entire Nik suite in recent times (and updates have been non-existent) so I have likewise abandoned Nik and switched over to the Luminar plugin by MacPhun. As a result of this switch I wanted to demonstrate how you can not only achieve the same effect as the Tonal Contrast filter in Nik with the Luminar suite, but actually have even more control over the results. As an added bonus the Luminar plug-in also runs a lot faster than the old Nik plug in.  The short video below demonstrates how to achieve wonderful texture and tone in your snow and ice in just a few steps. Just click on the image below to watch the video. 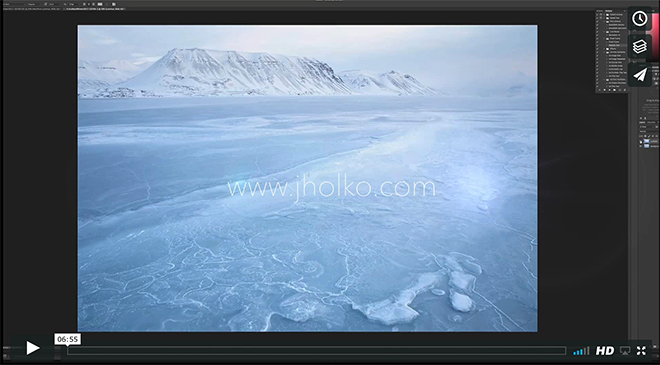