The Emperor penguin is considered by many photographers to be the Holy Grail of wildlife photography. No other animal live so far south in Antarctica and is so difficult to visit. Photographers travelling to Antarctica live in the hope of catching even a glimpse of the world’s largest penguin during their adventure. The reality is though, that very few people ever get to see and photograph this majestic penguin on their Antarctic expedition. The Emperors live on the sea ice deep in Antarctica and short of stumbling across a vagrant there is little to no chance of even sighting (let-alone photographing) this bird on an Antarctic expedition. Even those ship based expeditions that set off with the intention of finding and photographing Emperors fail many more times than they succeed because of sea ice conditions and difficulties in reaching the colonies. There is a way to visit and photograph the Emperors that all but ensures success and I am really excited and thrilled to now be offering this opportunity for a very select few photographers. 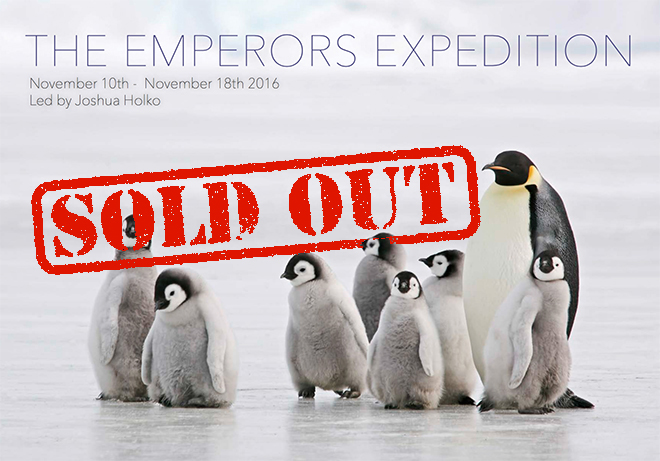 With the Emperor Penguins living so far south on the sea ice this expedition will be utilizing a privately chartered transport jet to access our first base camp at Union Glacier deep in Antarctica. We will then utilize a privately chartered Twin-Otter aircraft to take us to the remote Emperor Penguin colony where we will establish a field camp for the duration of our expedition. 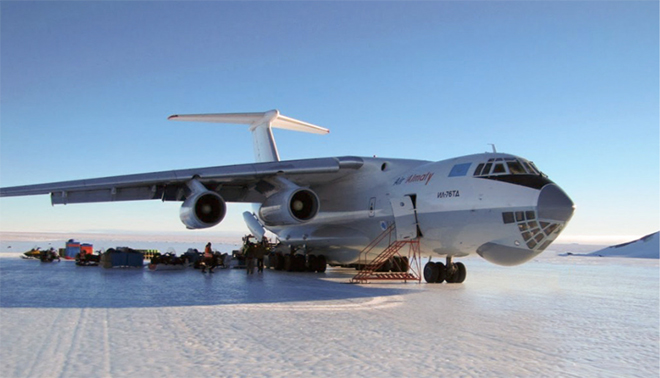 This expedition has been more than two years in the planning and has been designed to provide the very best possible opportunities to Photograph Emperor Penguins in their natural environment. By using chartered planes we can avoid the problems and uncertainty associated with ship based expeditions not being able to reach the colony due to sea ice conditions. Establishing a field camp means we can also photograph during the polar night when the light is soft and ethereal. Our time with the Emperors will be an extended one and provide us ample opportunities to photograph these majestic birds amidst a backdrop of spectacular glaciers and pressure ridges.

During the expedition we will be 1,870 miles (over 3000km) from the southern tip of Chile and only a stone’s throw away from Mount Vinson, the highest peak in Antarctica. The South Pole will be just over 600 miles (1000km) away. Our geographic location will be 79°46’S 82°52’W. And our elevation 2, 297ft (700m) above sea level. This will be further south than I have previously ever ventured and is an area very rarely visited by humans.

Given the logistics, and cost involved this expedition is certainly not for everyone. To my knowledge this is the first time this expedition has been offered as a workshop for dedicated wildlife photographers and I am really excited about this new photographic expedition and very much looking forward to the experience. Due to the initial expressions of interest and subsequent bookings the expedition is already completely sold out, but if you would like to be put on the waiting list you can still register your interest by emailing me at info@jholk.com. You can download a complete PDF itinerary and information flyer from my website at www.jholko.com in the Workshops tab. 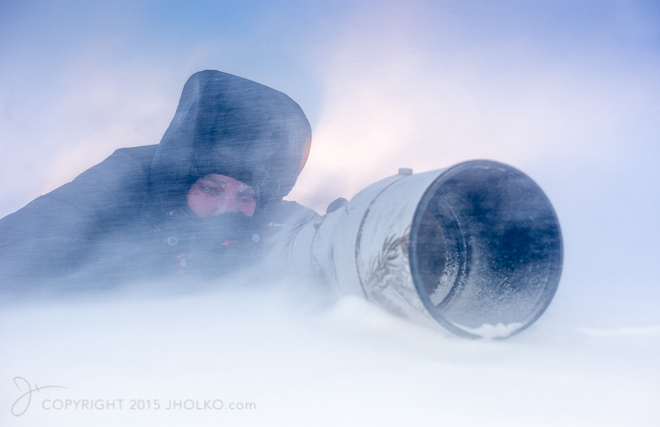 Please note that due to the nature of this expedition and the logistic difficulty of reaching and camping with the Emperor Penguins that this unique opportunity is unlikely to be repeated in subsequent years.

The emperor penguin (Aptenodytes forsteri) is the tallest and heaviest of all living penguin species and is endemic to Antarctica. The male and female are similar in plumage and size, reaching 122 cm (48 in) in height and weighing anywhere from 22 to 45 kg (49 to 99 lb). The dorsal side and head are black and sharply delineated from the white belly, pale-yellow breast and bright-yellow ear patches. Like all penguins it is flightless, with a streamlined body, and wings stiffened and flattened into flippers for a marine habitat. 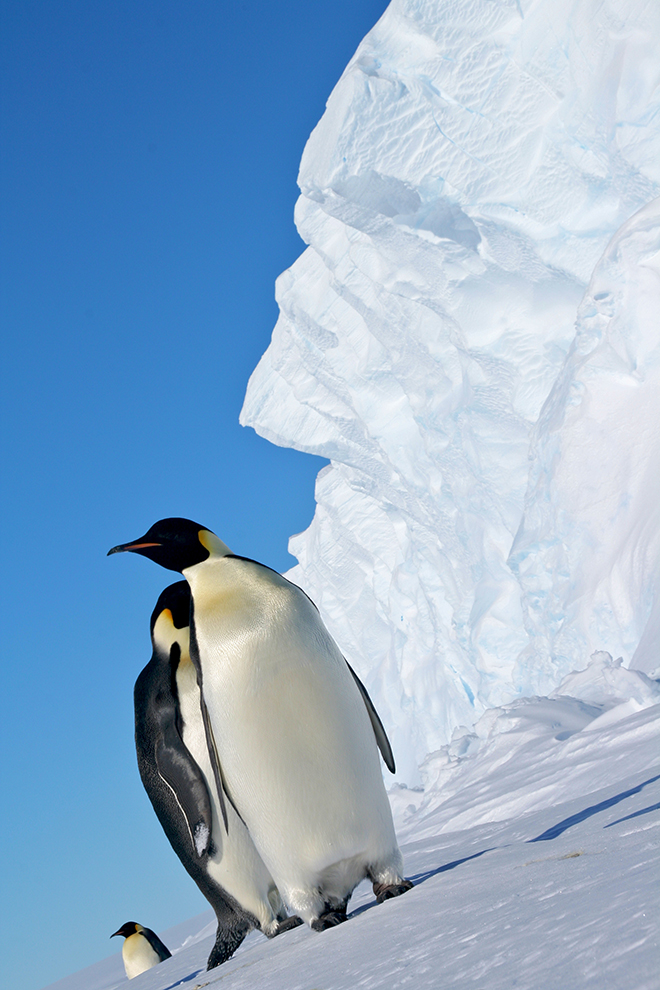 Its diet consists primarily of fish, but can also include crustaceans, such as krill, and cephalopods, such as squid. In hunting, the species can remain submerged up to 18 minutes, diving to a depth of 535 m (1,755 ft). It has several adaptations to facilitate this, including an unusually structured hemoglobin to allow it to function at low oxygen levels, solid bones to reduce barotrauma, and the ability to reduce its metabolism and shut down non-essential organ functions.

The only penguin species that breeds during the Antarctic winter, emperor penguins trek 50–120 km (31–75 mi) over the ice to breeding colonies which may include thousands of individuals. The female lays a single egg, which is incubated by the male while the female returns to the sea to feed; parents subsequently take turns foraging at sea and caring for their chick in the colony. The lifespan is typically 20 years in the wild, although observations suggest that some individuals may live to 50 years of age.

The emperor penguin has a circumpolar distribution in the Antarctic almost exclusively between the 66° and 77° south latitudes. It almost always breeds on stable pack ice near the coast and up to 18 km (11 mi) offshore.

The emperor penguin is a social animal in its nesting and its foraging behaviour; birds hunting together may coordinate their diving and surfacing.Individuals may be active day or night.

In 2012 the emperor penguin was uplisted from a species of least concern to near threatened by the IUCN. Along with nine other species of penguin, it is currently under consideration for inclusion under the US Endangered Species Act.