I just wrapped up my 2015 Wild Polar Bears expedition in and around the Svalbard archipelago in the Arctic and was very pleased to learn on my return to Longyearbyen yesterday that BBC News had just featured the best images from the 2014 Travel Photographer of the Year Awards including one of my own from Svalbard. 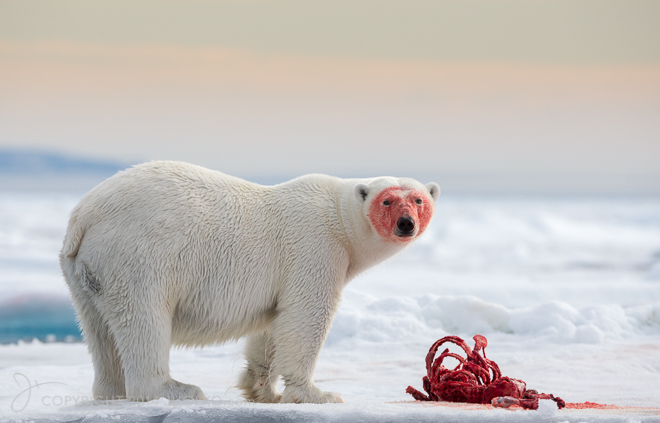 I will have a full travel report later in September when I return to Australia on the Wild Polar Bear expedition. In brief: During the ten day expedition we encountered numerous Polar Bears on the pack ice around the archipelago including three individual bears on separate seal kills which resulted in some really incredible images from all participants. We also saw and photographed Walrus, Reindeer, Arctic Fox, numerous sea birds including the rare and angelic Ivory Gull as well as dramatic arctic landscapes. I am really looking forward to editing and processing some of the photographs from this expedition when I return to Australia as well as seeing some of the finished images from all aboard the expedition.

I am now headed to Iceland for my 2015 Highlands Expedition before I return to Svalbard for one more Polar Bear expedition (The Kingdom of the Ice Bear) this year. See you in Iceland.