In early February of 2019 I lead a new winter wildlife and landscape safari to the North of Finland in search of both its amazing wildlife and spectacular snow and ice covered landscapes. Finland is well known for both its amazing winter trees and fantastic wildlife that includes Wolves, Wolverine, Eagles, Owls, Reindeer and a great many Arctic and sub-sub-arctic bird species. It should also be said that winter in Finland whilst cold, is absolutely incredible and well worth the frozen fingers and toes. 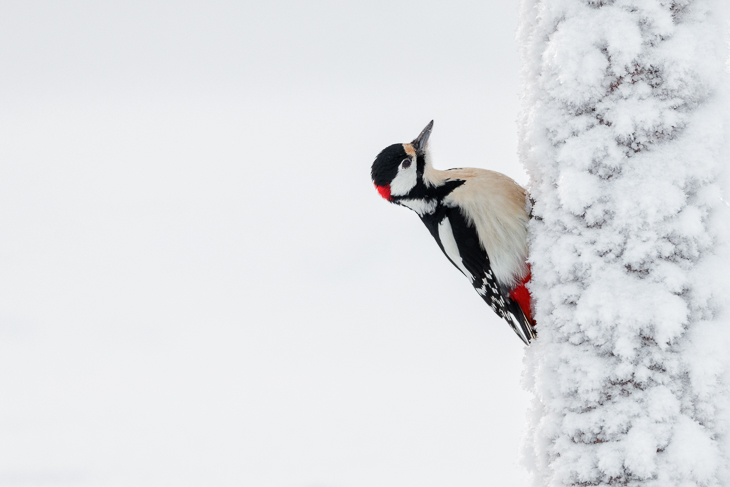 Our intention on this safari was to try and photograph winter wildlife as well as take advantage of the snow and ice  covered landscape . Northern Finland is blanketed in snow more than six months of the year which means the forests are draped in a wonderful layer of frozen snow and ice. It is truly other worldly and makes for beautiful and surreal photographs.

On our first and second day in Northern Finland we spent our time in some of the private photography hides just on the edge of no mans land on the Russian border. It was our hope to try and photograph both Wolverine and Wolves in a winter setting. Whilst conditions were ideal, the Wolverine and wolves eluded us this time, although we did have excellent opportunities to photograph Siberian Jay, Eurasian Jay, Great Spotted Woodpecker and even Golden Eagles.

Our third day took us to the Kuusamo region where we spent time searching for otters whilst photographing Dippers and the frozen river landscape.

On day four and day five we headed up to one of the private hides frequented by  a pair of Golden Eagles. One of the largest eagles in the world, the Golden Eagle is splendid and magnificent; its golden feathers a stunning contrast to the white snow. We had many hours with the eagles as well as Black Woodpecker, Great Spotted Woodpecker, Grey headed woodpecker, Siberian Jays, Siberian and Crested Tits and more. These were highly productive days that produced some fabulous images. 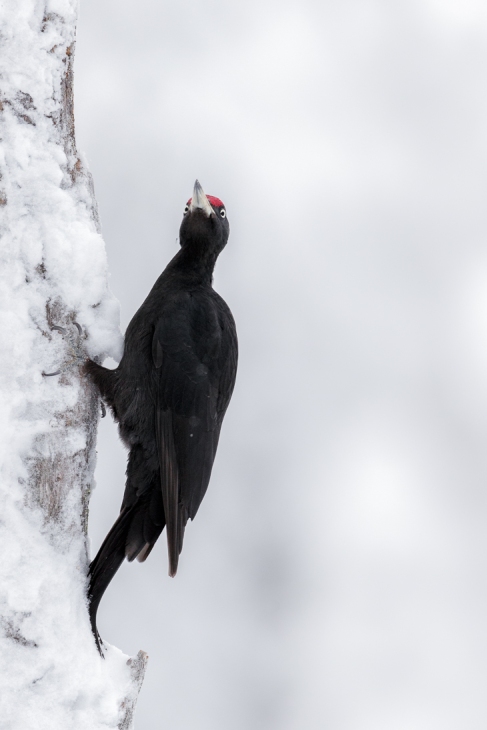 On Day six we spent the majority of our time photographing playful otters during frequent snow showers on the banks of one of the many frozen lakes. Otters are fantastic critters to photograph as they play in the snow and water. We also took some time to look for both Hawk Owl and Great Gray Owls but were unsuccessful in our search. Owls can be elusive and this time we were not able to find or photograph them (despite having access to many spotters in the field). 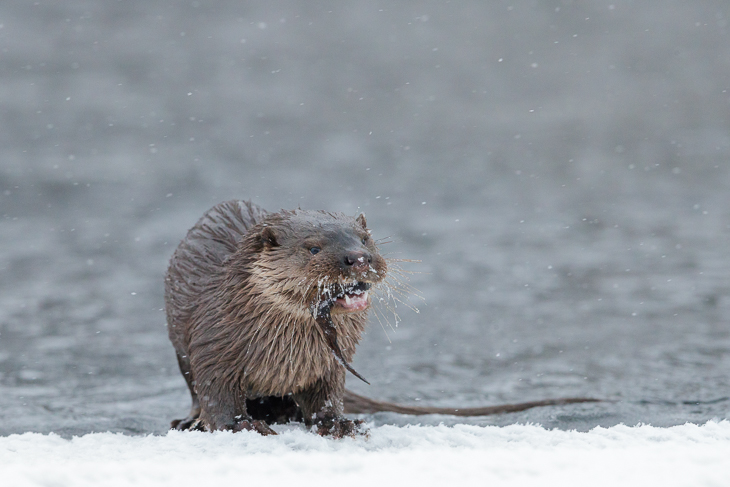 On Day seven we photographed both the landscape area of Kuusamo including the wonderful U-bend river as well as returning for the otters. 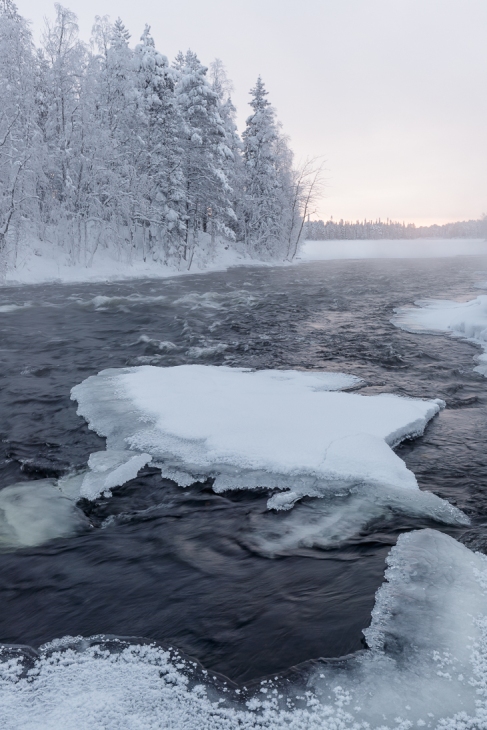 On our final day we took snow mobiles on a 65km return journey up to the Russian border on top of one of the regions hills to photograph the incredible frozen trees. We were not blessed with great light unfortunately and the heavily overcast conditions meant contrast was extremely low. The alien like forms of the frozen trees are are extremely photogenic however and there were good opportunities despite the low cloud and lack of contrast. 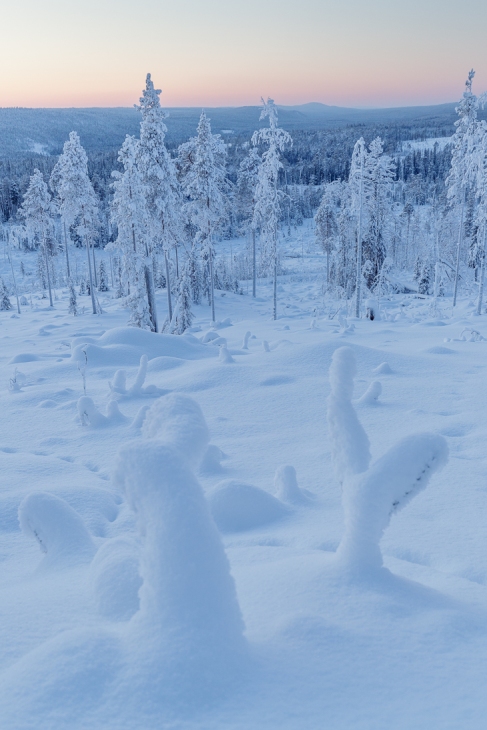 Winter is simply a wonderful time to visit Northern Finland. And as such I will be returning to this region again in February of 2021 to lead another Winter safari to both the Kajaani and Kuusamo regions. If you would like to join me, or would like any more information please just drop me an email at info@jholko.com No obligation at this point.