Those of you who followed my recent landscape workshops to the Great Ocean Road and Tasmania (Read the Trip Report) will already be aware that I took the plunge and purchased a Canon EOS R mirrorless camera body to test in the field. It was not a decision I took lightly and I thought long and hard on the implications before I bought into this new RF mount system (more on RF below). I was quite prepared to take the gamble and sell the camera if I decided it did not work for me and the style in which I like to photograph. As it turned out, I am keeping the camera and it will serve as my dedicated landscape camera going forward. By way of some back story, I have been looking for a light weight landscape camera for some time now and was keen for it to be a mirrorless camera. Although the 5D MKIV has many appealing properties I really wanted something smaller and lighter with an EVF. I specifically wanted an EVF for my landscape camera for the focus peaking feature which is an absolute god send when using tilt and shift lenses. I have tried previous generations of the Sony A7 series; but frankly those cameras are not for me. They left me frustrated at their ridiculous ergonomics and scratching my head at their confused menu structure. 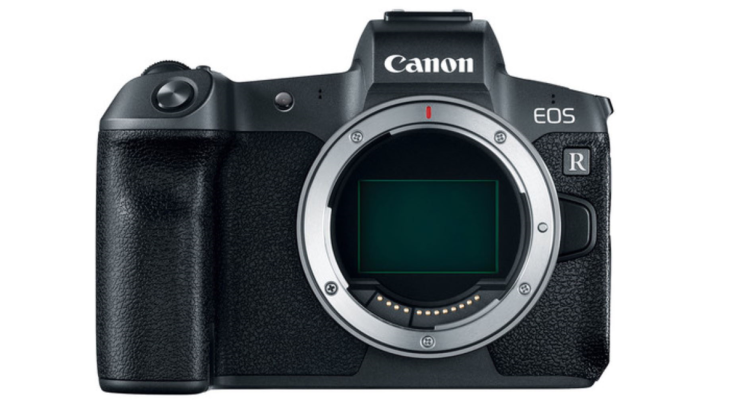 Unlike the vast majority of You Tube camera video reviews (does anyone actually use these videos to make buying decisions?) I wanted to actually spend a good amount of time in the field with the camera to really get my head around it before I made up my mind on what I like and what I did not like. Two weeks of intensive use in Victoria at the Great Ocean Road and in Tasmania gave me a great opportunity to come to grips with the camera and really see how it performs in the field  for my style of photography (specifications are really useless for anything other than armchair evaluation and armchair evaluation is about as useless as it gets for assessing the tool during real field work).

My impressions of the Canon EOS R are based on the application I intend to use the camera for – Landscape photography where I am primarily based on a tripod. My thought process for choosing the EOS R was fairly simple: I wanted a camera that was light weight for hiking and one with which I could utilise my existing Canon tilt-shift lenses (with or without adapter). I did seriously consider the Fuji 50 Medium Format but ultimately decided the lack of tilt shift lenses was a deal breaker for me (I have no interest in focus stacking in post).  I was also less than thrilled at the wallet breaking concept of purchasing into an entirely new lens system (I did try the Fuji camera on several occasions and found it an outstanding camera). Packing the same sensor as the Canon EOS 5D MKIV, the EOS R was perhaps the obvious choice. So how did it perform as a dedicated landscape camera?

In short, the Canon EOS R performed exceptionally well in the field and far better than I had thought it might have as a dedicated landscape camera. I very much appreciated its light weight form factor (especially on hikes) and surprisingly to me I also very much enjoyed the cameras ergonomics (although I have not as yet made up my mind about the touch bar). The buttons more or less fall naturally under my fingers (except for the AF button which is a little too close to the side of the camera for me – but I have big hands). I found the Electronic Viewfinder to be amongst the very best I have tried and although it is not as good as a high quality optical prism I did find it acceptable in most situations. Like all EVF’s, the display in the EOS R tends to fall apart in near darkness and is horrible for high speed capture (more on this below).

When it comes to battery life we need to be crystal clear.  Compared to something like a Canon EOS 1DX MKII battery life in the EOS R (and indeed all mirrorless cameras) is abysmal. I can get thousands of shots on a single charge with a 1DX MKII (even in sub zero temperatures). With the Canon EOS R I was lucky to get 100 shots. For landscape photography where I am utilising a tripod this really isn’t too much of an issue for me and it just means I need to carry a spare battery (no big deal as the batteries are small and light). Even a heavy days landscape photography is usually less than 100 images anyway so battery life is really close to irrelevant. Nonetheless I find the need to carry a 2nd battery an annoyance and the need to change it frequently even more so.

I know the arm chair experts out there are at this point brandishing pitchforks and fire brands with cries of ‘Dynamic Range!’  So, let’s clear up the DR issue right now: Yes, the EOS R has the same sensor as the 5D MKIV and yes it does not have the 14+ stop Dynamic Range of the Sony Sensors. But who cares? Im yet to see a single photograph that is worth the paper it is printed on that actually uses even close to 14 stops of Dynamic Range. Call me old school, but I want to make photographs in soft light with a limited dynamic range and if the sky falls outside of the sensors capability to record it I am more than happy to use a graduated ND filter to tame the Dynamic Range. The new range of high quality optical glass filters on the market are superb and have no negative impact on image quality.

As a wildlife camera and for the sort, type and style of wildlife imagery I pursue I am afraid the EOS R is all but useless. Its frame rate is just far too slow for subjects such as birds, its auto focus is not a patch on the EOS 1DX MKII in the field and the EVF is simply sub optimal with fast moving subjects. The time may come when a mirrorless camera is the weapon of choice for wildlife, but until that time the 1DX MKII and its replacement the 1DX MKIII will be my tools of choice for serious wildlife work.

Canon had a number of solid engineering reasons to develop the new RF mount for its mirrorless system. Frankly, none of those reasons offer me anything I don’t already have in my current EF mount so I think it highly unlikely at this point that I will be purchasing any dedicated RF lenses. The new Canon EOS 1DX MKIII when its officially announced will be EF mount. Working Pros such as myself are fully geared for EF mount and we are not about to dump tens of thousands of dollars of glass when the tools we currently have are more than sufficient for our needs. Canon know this and are not about to abandon their core high end market just because they have a new mount in two different mirrorless bodies. We will get a professional mirrorless camera from Canon with an RF mount, but don’t expect to see it until after the 1DX MKIII is announced.

During my testing of the EOS R I also inadvertently tested its weather sealing when I slipped on moss covered rocks at Hopetoun falls in Victoria and temporarily submerged both myself and the camera in the river – whoops! I managed to kill a 24-70mm F4L IS lens in the process, but the camera was absolutely fine. It not only survived the short dunking, but it didn’t skip a beat in the process. Once I extracted myself from the river I simply dried off the camera and kept shooting. Whilst I wouldn’t recommend you try this (I may have just been lucky) it is pretty solid evidence that the EOS R is quite a tough little camera with more than decent weather sealing.

In conclusion, I found the EOS R to be a fantastic tool for serious landscape photography and have decided to keep the camera for just this purpose. I love the focus peaking feature with tilt shift lenses and I really like the light weight form factor. I will definitely not be using it to photograph wildlife though. The cameras slow frame rate, EVF and focus tracking make it sub optimal for my wildlife work. The EOS R would likely also make a very nice walk around camera or travel camera for those looking for a light weight alternative to a traditional DSLR. If I were looking to use it for this purpose I would probably consider one of the new RF lenses so I could do away with the RF to EF converter. For landscape photography on a tripod though the converter is a small price to pay for the convenience of tilt shift lenses. I am looking forward to using the EOS R later this year on my landscape workshop in the Faroe Islands. I will also be taking an EOS 1DX MKII with a 400mm f2.8L IS MKIII for the Puffins.

The photograph below was taken at Freycinet Peninsula on the East Coast of Tasmania with the Canon EOS R with the RF to EF adapter, a 1.4 TC MKIII and the 24mm F3.5 MKII TSE lens (giving me an RF mounted 35mm f3.5 TSE equivalent).  Obtaining infinite depth of field with focus peaking with this setup in the field is an absolute joy and a pleasure. Exposure time was two minutes with a 3 stop Medium NISI Graduated Optical Glass Filter.