This photograph of a Pallas Cat stalking in the snow was made in Mongolia last November 2019. It was only possible due to a number of different circumstances which conspired in my favour – it was at the end of the day nearly pure serendipity.  Firstly, my guide and I found the cat not long before sunset, just as the light was becoming optimal. We had been searching the lunar-like landscape all day in search of a cat and had found only tracks. Then with less than an hour before dark we discovered this cat. I asked my guide to go around the cat and to approach its position slowly from behind. I then went and lay down in front of the cat some hundred metres or so away. I was wearing full winter camouflage clothing and once I was lying down in the snow was virtually invisible. The cat had no idea I was there until it was less than 20 metres away. 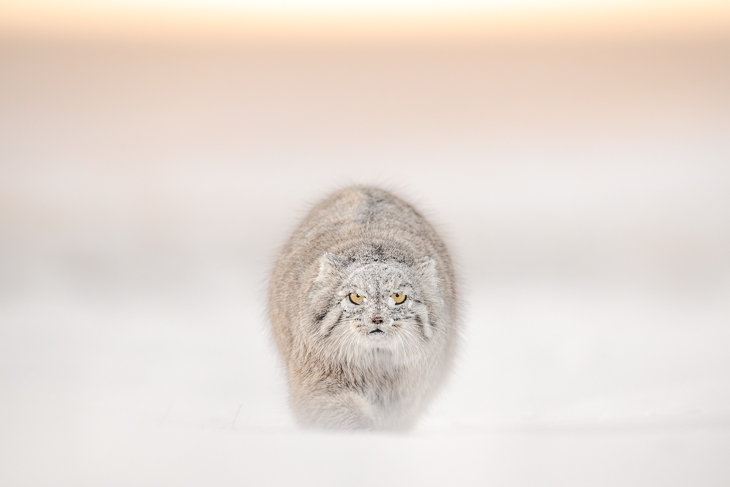