In August and September of 2016 Daniel Bergmann and I lead two back-to-back workshops into the spectacular Highlands of Iceland. The first of these two workshops focused on the Highlands and northern areas of Iceland and the second on the Highlands and Southern region. We chose late August and September for our workshops due to the large increase in tourism in recent times in Iceland during the summer period. In truth, tourism is actually out of control now in Iceland and you absolutely must get off the beaten track if you want to get solitude in the wilderness. Part of our planning was to spend a large portion of our time in the more remote areas of the highlands in order to make sure we were well away from the masses.  This proved most fruitful with spectacular landscape free from throngs of tourists.

As many of you know who follow my blog, the highlands are in my opinion the real jewel in the crown of Iceland. The area offers incredible photographic opportunities and is in comparison to the rest of the island rarely visited by tourists. The Highlands of Iceland actually cover most of the island’s interior. Inaccessible in winter, they rise 400–500 meters above sea level and are an untamed mingling of uninhabitable volcanic desert, jagged mountains, glaciers and hot springs. A few oasis like areas, such as Herðubreiðarlindir near Askja, are found only in proximity to rivers. From a first time photographers perspective the highlands can be a challenging location to work and photograph. Some walking and hiking is really required to get the best compositions and the area is subject to highly variable weather. All of this makes for really interesting photographs that in my opinion are far more evocative than the usual sort of cliché images from Iceland that seem to dominate social media today (more on this later).

We began our workshops with an early departure on the 14th of August and drove to our Hrauneyjar highland base, where we were located for three nights. From Hrauneyjar we explored the magnificent Fjallabak Nature Reserve, which included the Landmannalaugar area and other lesser known highland pearls, such as the Veidivotn region (one of my absolute favourite locations in Iceland). Exploring and photographing the highlands of Iceland from super jeep we were able to stop when we wished and take full advantage of weather and light as conditions permitted. It also meant we were able to take the most rugged and remote mountain passes and really explore the best of the highlands. The weather is highly variable in the highlands and we did experience everything from sunshine to pouring rain and fog during our stay in this area. Although this sort of weather can prove challenging, I personally find these conditions the most interesting to work and photograph in.

On August 17th we traveled across the Sprengisandur route that crosses the interior of the island and found our way to Lake Myvatn in the north, where we spent the next three nights. The Sprengisandur route took us right up the middle of the island through some of the most desolate lunar landscape to be found anywhere on earth. We photographed the waterfalls of the Skjalfandi river (Godafoss and Aldeyjarfoss), plus Dettifoss and Selfoss waterfalls in the Jokulsa river. We also explored the geothermal areas close to Myvatn. The geothermals of Myvatn continue to provide unlimited opportunities for photography and remain one of my favourite areas to visit and photograph in the north. This area is extremely dynamic and is in a constant state of flux. The landscape is alive with mud pits and fumoroles and steaming sulphur creates an otherworldly landscape. At sunrise and sunset we had the entire area to ourselves and some fabulous images were created.

Once we had concluded our stay at Myvatn we travelled west along the northern coast and overnighted near the Vatnsnes Peninsula. Hvitserkur sea stack was one of our main subjects at Vatnsnes, along with other coastal features. The following day we travelled to the Snaefellsnes Peninsula, where we spent the last two days of our trip. At Snaefellsnes we photographed the iconic Kirkjufell mountain and the spectacular coast at Arnarstapi and Hellnar, on the southern tip of the peninsula. We concluded our trip on the 23rd of August at Keflavik international airport. 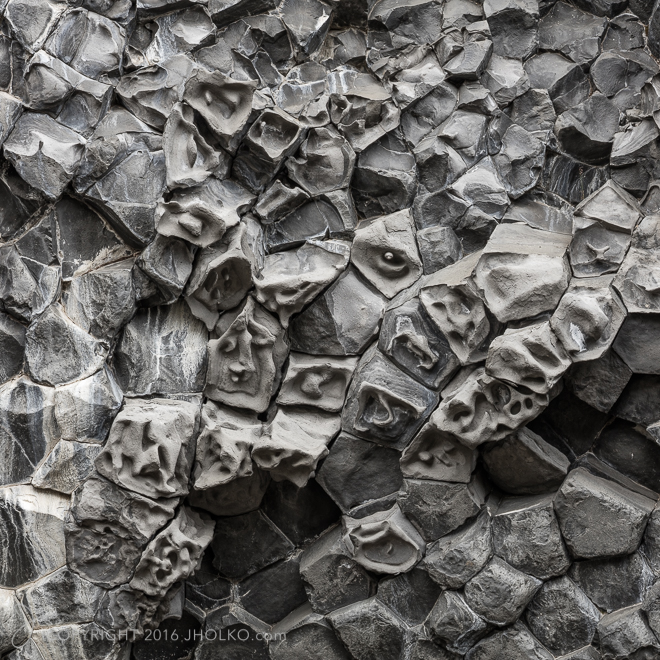 Our second workshop commenced early in the morning on the 28th of August with a drive to the Kjolur highland route towards Kerlingarfjoll mountains, where stayed overnight in mountain cabins. Our main photographic objective was the incredible Hveradalir geothermal valleys, above our lodging. We photographed the area at both sunset and shortly after sunrise and some really unique images resulted from our time in this area. This was actually only the second time I had visited this area of Iceland and it did not fail to disappoint. The geothermals in this area are extremely active and the entire landscape is alive with sulphurous fumaroles and boiling mud pots. It would be easy to spend a week in this area just exploring and photographing the many features to be found. The area is (thankfully) not on most tourists radar and as such is usually frequented only by hikers and campers.

After our stay at Kerlingarfjoll we drove to the Hrauneyjar highland base, where we were located for three nights. From Hrauneyjar we again explored the magnificent Fjallabak Nature Reserve. The weather proved fickle during our time in this area and we again had a real mix of rain and sunshine.

On September 1st we travelled across the highlands on our way south. It was a day of travel through some of the most incredible landscape in Iceland. We were blessed with some really dramatic cloud and light and some fabulous photography resulted from our journey through this remote part of Iceland.

Once out of the highlands we overnighted at the town of Hella before traveling further east along the coast to the Vatnajokull region, where we stayed at Gerdi for three nights. Once at Gerdi we were in the proximity of the Jokulsarlon glacial lagoon and the many outlet glaciers from the Vatnajokull ice cap. This was our grounds to explore for the coming days and we photographed at the black sand beach, the glacial lagoon, Stokksness as well as several other lesser known locations off the tourist radar. After our stay in the southeast we traveled back west and spent a night on the southern coast. On our departure day we headed off towards the Keflavik airport.

With tourism increasing exponentially in Iceland in recent times it was ideal timing for us to get up into the Highlands on both these workshops and find solitude and peace in the wilderness. Until tourism tapers off in Iceland I will be unlikely to run future landscape trips in the peak summer season (June, July and August) as it has just become far too crowded for serious photography at many of Iceland’s best known natural attractions. Instead, I will be focusing on more remote winter trips and more specialised workshops (such as the Puffin workshop next year) that take us into more remote wilderness locations, well away from the tourist crowds.

One thought on “Iceland the Highlands Workshop Reports 2016”