Following on from National Geographic’s recent publication of my Ghosts of the Arctic film, National Geographic has subsequently published some Behind the Scenes footage that shows a little of what went into the making of this film. Due to the difficulty of this shoot and the extreme cold it was almost impossible to capture much in the way of detailed behind the scenes footage. However, the footage published does include some extra shots we did not use in the final film and should give some insight into the making of Ghosts of the Arctic. 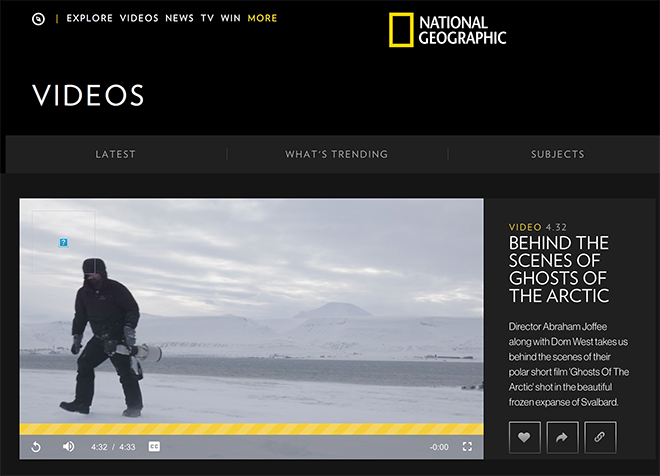